Frank Wagner died of AIDS in 1994 when he was only 42 years old. "One thing Frank wanted to do was reach out to young people, to get out the message about safe sex," said Barbara Shack, his widow. "And it turned into this fabulous party." Throughout the years, White Party has attracted celebrities including Madonna, Calvin Klein, Jennifer Lopez, Nell Carter, Yoko Ono, Expose and Cyndi Lauper.

The one-night fundraiser has evolved into a week of events that kicks off in late November with events in Miami and Miami Beach. Most of the parties are geared to gay men from all over the globe, but there are several events for lesbians and mixed crowds as well.

The friendly staff at our hotel in Miami will be happy to provide more information about Miami White Party when you spend the night with us. 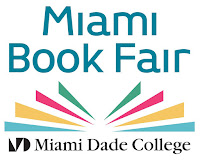 Miami Book Fair, which has become a model for other literary fairs across the country, brings over 300 renowned national and international authors to a week-long celebration of all things literary and includes pavilions for translation, comics, children, and young adults. The mission of Miami Book Fair is to promote reading, encourage writing, and heighten an awareness of literacy and the literary arts in the city's multi-ethnic community.

Originally known as “Books by the Bay”, Miami Book Fair was founded in 1984 by Miami-Dade College Wolfson Campus President, Eduardo J. Padrón, Books & Books owner, Mitchell Kaplan, Craig Pollock of BookWorks, as well as other local independent bookstore owners, in cooperation with the Miami-Dade Public Library System. The two-day street fair grew steadily each year and by the 1990s, the renamed Miami Book Fair had become the largest literary festival in the country.

The friendly staff at our hotel in Miami will be happy to provide more information about Miami Book Fair when you stay at Comfort Suites Miami.

G+
Posted by Comfort Suites Miami at 9:43 AM No comments: