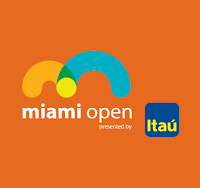 Find your budget hotel in Miami near the 2017 Miami Open at Comfort Suites Miami. The Miami Open is an annual tennis tournament that will be held on March 20 – April 2, 2017 in Miami, Florida at the Crandon Park Tennis Center.

Throughout recent years, attendance has grown substantially and the event has become a national destination for sports enthusiasts. The friendly staff at our Miami hotel will be happy to provide more information about the Miami Open when you spend the night with us.

The Festival, which was founded in 1999 by Russell Faibisch and Alex Omes, is named after the 1997 Depeche Mode album, Ultra. Other Ultra festivals are held in Spain, Croatia, Argentina, Brazil, Chile, Colombia, South Africa, South Korea, Thailand and Japan.

Party people from around the world come to Miami for the Ultra Music Festival every year, so make sure you join the excitement at this popular event near our Miami hotel.

G+
Posted by Comfort Suites Miami at 8:37 AM No comments: