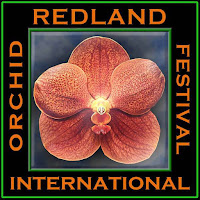 If you’re an orchid lover, then make sure you visit the Redland Orchid Festival on May 18 – 20, 2018 when you stay at our Miami-Kendall hotel. The Festival will feature over 60 vendors and provide a chance to discover rare orchids from around the world. Orchid hobbyists generally acknowledge South Florida’s Redland Orchid Festival as the one event of the year that should not be missed.

Orchids are a passion for many people. They are easily distinguished from other plants because they share some common characteristics, or "apomorphies". Among these are bilateral symmetry of the flower (zygomorphism), resupinate flowers, a highly modified petal (labellum), fused stamens and carpels, and extremely small seeds. The Redland Orchid Festival in Miami will feature a wide assortment of high quality orchids, great shopping opportunities, and a free lecture series that taps into the minds of visiting orchid growers and presents topics of interest to all orchid collectors.

You can also submit your own orchids and have them judged by the American Orchid Society (AOS). Entries should be submitted on Thursday, May 17th between noon and 3:00pm. Get more information about the Redland Orchid Festival from the friendly staff at our hotel in Kendall.

G+
Posted by Comfort Suites Miami at 12:29 PM No comments: 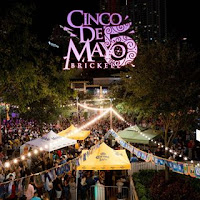 Get ready for the largest Cinco de Mayo celebration near our hotel in Kendall. Enjoy sombreros, mariachis and specialty margaritas with over 8,000 festive friends. The fiesta will be located on Brickell Avenue between the W Hotel & Bank of America, and it will offer beautiful, refreshing views of Miami.

Cinco de Mayo (Spanish for "Fifth of May") is an annual celebration held on May 5. The date is celebrated to commemorate the Mexican Army's unlikely victory over the French Empire at the Battle of Puebla, on May 5, 1862. In the United Stated, the date has become associated with the celebration of Mexican-American culture, but it’s often mistaken for Mexico's Independence Day, which actually occurs on September 16 to commemorate the “Cry of Dolores” that initiated the war of Mexican independence from Spain.

Regardless of the reason for the celebration, Miami’s Cinco de Mayo fiesta unites people of all nationalities for one exhilarating night, so put your dancing shoes on as mariachi bands play authentic Mexican music and Miami's top DJ's take over the stage. Join the fun at this exciting annual event when you spend the night with us at our Miami-Kendall hotel.

G+
Posted by Comfort Suites Miami at 12:24 PM No comments: